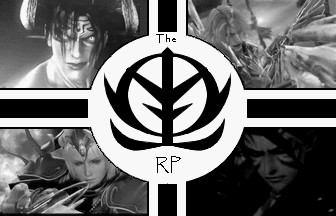 The Omega Series is a RP, novel, short stories, and card game series created by OmegaX.

It consists of of several RPs, seven of which were released by 2009, after the departure of author's assistant, co-publisher and co-director Sin01 the series moved to a novel direction.

The first Omega RP in the series that was worked on heavily, it was designed to be the most complex RP in Nexxus History.

An official remake of the Omega RP, Omega Destruction explains the origins of Scythe and Albedo, as well as giving long existing characters necessary screen-time.

The second installment in the series, despite this, it bares little resembles to the first RP and kept nothing from the original RP, Omega II unlike any other Omega RP with the exception of Omega Destruction, started completely from scratch.

Unlike other Omega RPs, Omega III had a spinoff which occured at the exact same time as Omega III: Dark Resurrection.

The direct sequel to Omega II, Omega II focuses on another tournament while also allowing Scythe to play the lead character. Belial would reveal herself at the end of the RP, leading to Omega IV.

The Clash of the Elements[]

Main article: Omega III: The Clash of the Elements

A remake of the original Clash of the Elements RP, 'The Clash of the Elements' occurred at the same time as Dark Resurrection, and both RPs would eventually reveal that The Judgemaster and Vladi Zarth were not only both the lead characters of their respective RPs, but one and the same. Vladi Zarth, or rather Scythe, would eventually be the last man standing, and absorb Lanacuras' powers, leading to Omega IV...

A direct sequel to Omega IV, Omega V takes place one year later on the space-station Quartz. Omega V introduces several new characters, most notably Logan Atma/Exile and Xorn both of which made appearances in Omega IV.

An indirect sequel to Omega V: Redemption. The RP takes place on the world of Auldrant, a planet composed of Fonons: a material energy found in all things. The year is ND 2017. Luke fon Fabre, the son of Duke Fabre of the Kimlasca Kingdom, is 17 years old. He is the Light of the Sacred Flame who is destined to bring prosperity to Kimlasca. But since being kidnapped seven years ago by the Malkuth empire, he has been kept confined to the Fabre family mansion. The shock of the kidnapping erased all of Luke's memories prior to the event. But one fateful day, a mysterious woman breaks into the mansion and sets off a chain of events that will change the world forever...

Omega VII is to have an all new cast, it is expected that the party from Omega 4-6 will appear near the end.

Omega IX which is currently believed to go under the name of Omega IX: Condemned.

Outside of the Series[]

A collection of short stories that occur before and after Omega VI: Revelations with the main purpose of keeping characters not present in Omega VI, and VII, active. It will also serve as a bridge to Omega VIII: Armageddon.

Omega Series Discussion Thread is a thread in the Dominion of Darkness for general discussion of the Omega Series.[1]

The Omega Series Talk Show Thread was started within the Omega Series Discussion thread as a way to further explore the Omega Series characters in a fun and interesting way. As well as this it can also be used as a platform to divulge important information in relation to the RP without it being quickly buried. [2]

Evolution of the Series[]

The Omega Series continues to evolve with every installment.

Omega III: The Clash of the Elements[]

Community content is available under CC-BY-SA unless otherwise noted.
Advertisement