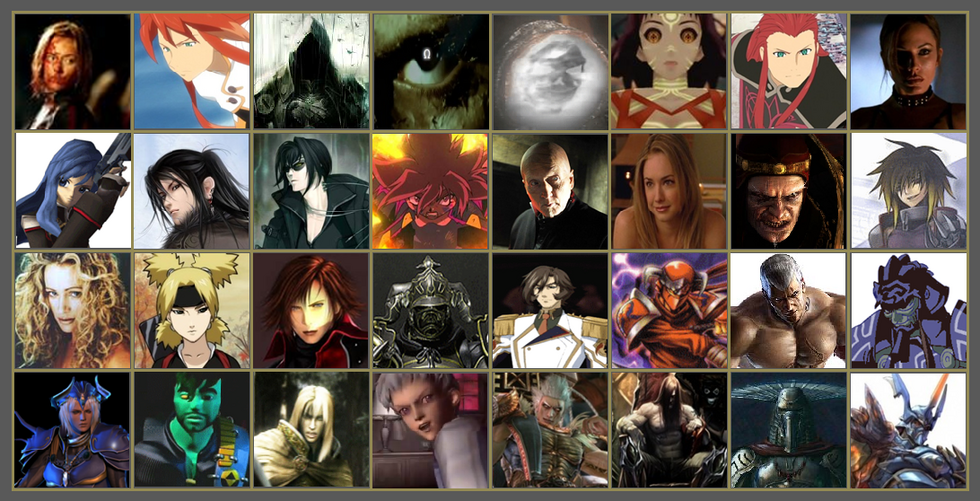 Anthology, is a compilation fighting game featuring characters from every Omega installment.

Anthology storyline is non-canon. Characters from different Omegas have been brought to Ba'al's home-world to compete in a tournament where good fights evil.

Anthology features 32 characters, in order to avoid having a character appear multiple times (example Scythe), other characters whom played secondary roles were chosen, despite this, Logan Atma is featured twice, as his character introduced in Omega V: Redemption is significantly different from his characters in Omega IX: Condemned. Some protagonists and antagonists were inverted in other games, for instance antagonist Albel Nox was a protagonist in Omega IV: Oblivion, there are other characters whose alignment shifted within the game such as Asch.

Retrieved from "https://omegaseries.fandom.com/wiki/Anthology?oldid=13690"
Community content is available under CC-BY-SA unless otherwise noted.